Oakland Spine & Physical Therapy offers chiropractic care that helps successfully eliminate the discomfort and suffering associated with back/neck pain and spinal disorders. Through hands-on spinal manipulation and other alternative treatments, we correct and improve the alignment of the body’s musculoskeletal structure, particularly the spine, enabling the body to heal itself without surgery or medication.

Our highly trained chiropractic team specializes in a wide range of both advanced and traditional chiropractic techniques, including activator methods, Pettibon Therapy, physiotherapy, and cranio-sacral therapy, among many others. These techniques restore mobility to joints restricted by tissue injury caused by a traumatic event, such as a sports injury or car accident, or repetitive stress, such as sitting for long periods of time without proper back support.

Depending on the severity of your condition, Oakland Spine may use an integrated approach to the treatment of your back or neck pain that includes deep tissue class IV laser therapy and physical therapy in addition to first-rate, award-winning chiropractic care.

See the chiropractors at Oakland Spine & Physical Therapy for the relief of pain and discomfort from:

The History of Chiropractic

Although the birth of chiropractic took place in 1895, ancient healers understood the important role that the spine plays in overall health. Hippocrates advocated knowledge of the workings of the spine, “for this is the requisite for many diseases.” Herodotus, a contemporary of Hippocrates, was widely known for curing illness by corrective exercises targeting spinal alignment; if the patient was unable to exercise, Herodotus manipulated their spine. Aristotle was critical of these practices, since they were tonic-free, stating that Herodotus’ techniques “made old men young and thus prolonged their lives too greatly.”

It was Daniel David (D.D.) Palmer who developed the philosophy of chiropractic as we know it today. D.D. Palmer was born in Ontario, Canada, in 1845 and moved to the U.S. 20 years later. In 1885, he discovered magnetic healing, and, two years later, opened the Palmer Cure and Infirmary in Davenport, Iowa.

Palmer’s chance encounter with Harvey Lillard, a local janitor, started him on his journey of chiropractic discovery. Lillard, who had possessed normal hearing all of his life, found that one day, after straightening up from a stooped, cramped position, he could no longer hear. Palmer examined Lillard’s spine and found one of the vertebra was not in its normal position. After manipulating Lillard’s spine back into line, Palmer was able to restore the janitor’s hearing.

Soon patients were coming to Palmer with a variety of ailments, including flu, sciatica, head and stomach complaints, epilepsy, and heart trouble. Palmer found that these conditions responded well to his adjustments, which he called “hand treatments.” Later, he created the term “chiropractic” from the Greek “chiro” (hand) and “practice” (practice), and called his clinic The Palmer School & Infirmary of Chiropractic. He accepted his first students in 1898.

Because Palmer decried the use of drugs, vaccination, and surgery as potentially dangerous, he endured numerous attacks from the medical community, including a brief jail sentence and fine for “practicing medicine without a license.”

Though modern chiropractic has grown and developed extensively since Palmer’s time, his discoveries still serve as the cornerstone of chiropractic philosophy, and millions of patients have benefited from his safe, natural, and effective drug-free approach.

According to the American Chiropractic Association, “Chiropractic is widely recognized as one of the safest drug-free, non-invasive therapies available for the treatment of back pain, neck pain, joint pains of the arms or legs, headaches, and other neuromusculoskeletal complaints.”

Recent medical research and animal studies have shown that spinal manipulation can decrease blood pressure and adrenal and nerve activity. It also increases the metabolic rates of substances that regulate immunity and inflammation, including beta-endorphins, the body’s natural pain relievers. Generally, the only risks associated with chiropractic care are occasional mild soreness or aching, similar to the sensation after exercise, that rarely lasts beyond 24 hours.

Chiropractic has been shown time and time again to be extremely effective in helping patients get back to normal living more rapidly than traditional medical treatment. According to the A.C.A., “A March 2004 study in the Journal of Manipulative and Physiological Therapeutics found that chiropractic care is more effective than medical care in treating chronic low-back pain in those patients who have been experiencing symptoms for one year or less. In addition, a study published in the July 15, 2003 edition of the journal Spine found that “manual manipulation provides better short-term relief of chronic spinal pain than a variety of medications.”

Chiropractic care for the treatment of musculoskeletal and other conditions has been shown to be a safe, cost-effective alternative to traditional medical care. According to Pran Manga, PhD., University of Ottawa, “Chiropractic care is a cost-effective alternative to the management of neuromusculoskeletal conditions. It is also safer, increasingly accepted by the public as reflected in the growing utilization and high patient retention rates, and there is much and repeated evidence that patients prefer chiropractic over other forms of care for the more common musculoskeletal conditions. The integration of chiropractic into the health care system should serve to reduce health care costs, improve accessibility to needed care, and improve health outcomes. There is an extensive body of literature demonstrating that chiropractic care for NMS disorders is effective…There is a strong and compelling consensus that chiropractic is safer (than medical management), and patient satisfaction is higher than for other professions.”

No Drugs. No Surgery. Just Results.

Call (201) 651-9100 today and see how our unique approach to pain management sets us apart from every practice you know. 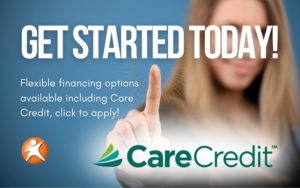 Meet the Chiropractors at Oakland Spine and Physical Therapy

Doctor of Chiropractic; President & Founder of the Butler Spine Program

Doctor of Chiropractic; President & Founder of the Butler Spine Program

Serving Bergen and Passaic County from our Oakland, NJ and Wayne, NJ Offices