Screen Time to Back Pain

Is “Screen Time” Back Pain Culprit?

Even though many tend to think of back pain as something that is relegated to the middle-aged and elderly, Dr. Brad Butler, Chief of Staff at the Oakland Spine & Rehabilitation, recently reported a dramatic increase in young adult and even adolescent patients over his almost 20 years of practice.

You can blame that on technology, and even though it is a big reason why back pain is tormenting younger people, it remains a culprit in what might be called an epidemic of back pain in virtually all age groups except for children. However, childhood is the beginning of using laptops, tablets and cell phones, restricting their mobility.

It only gets worse when they reach their teens in terms of  “screen time,” which includes television, computers, cell phones and digital tablets. Surprisingly to some, adults are well ahead in the amount of screen time, but most of it is due to an older technology. 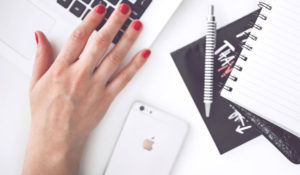 Various authoritative studies— all fewer than two years old— tell us the following: American adults spent an average of 11 hours a day staring at screens, according to a 2018 Nielsen study. Most of that time is likely in seated or reclining positions. Four years ago adult screen time averaged an hour-and-a-half less.

Although we might think that teens and pre-teens (tweens) would spend more time in front of the screen because of game consoles and social media, adults, who often have to work with computers on the job, are still the biggest devourers of screen time. That’s mostly because adults are still hooked on television— and the older they are the more so.

This is the older technology that puts them ahead of  tweens, teens and the youngest adults in their hours of screen time. Teens, by the way, devote at least 6.5 hours a day on screen media and tweens are at 4.5 hours and climbing. This was determined by a separate Nielsen study in 2015, but indications that has gone up dramatically too since that study. They are not as fond of television as their parents and grandparents, but they are definitely huge consumers of computer games, texting and other digital communication.

Technology is designed to motivate us not to move. We don’t even have to cross the room and turn on a light switch anymore, because we now have Alexa and other voice-recognition devices there to turn off the lights.

Obviously, exercise and increased movement is one remedy, but holistic, chiropractic care often nips back pain in the bud and prevents more serious back pain issues as we age.