Acupuncture dates back some 3,000 years in China, which gets the credit for originating the treatment of the needles. Over the course of many centuries, the western world slowly but surely has come to accept the healing powers of acupuncture. An estimated 8 million Americans have been treated by acupuncture in their lifetime, according to a 2020 survey, and most for lower back pain. Contrarily, nobody is quite sure when the first headache was treated with acupuncture.

Yet there is evidence of another kind of headache treatment during the Neolithic Age hundreds of years before the documented origins of acupuncture. The cause of headaches was not regarded as biological in those primitive times but believed to have been due to evil spirits trapped inside. The cure was logical. Drill a hole in the skull and allow those head banging demons to exit. Documentation and discovery of ancient skulls support this ancient headache option known today as trepanation.

Fortunately, this treatment is no longer with us, but the headache lives on, and acupuncture is being increasingly used in its treatment. Today, multiple studies confirm that almost two-thirds of acupuncture patients in the United States reported headache relief compared to only 45 percent who relied on medication.

According to the American Migraine Foundation, multiple clinical trials comprised of a combined 4,985 people confirm that acupuncture reduced the frequency of migraines among its sufferers with similar effectiveness to that of preventive medications. For those who regard the body as a temple, acupuncture is clearly preferable to the ingestion of strong and addictive painkillers.

The skills of acupuncturists clear pain-free pathways to the brain, which is one way to describing the impact of this treatment by those who swear by it. Harvard Medical School researchers note that the safety profile of acupuncture is “excellent with very few adverse events when performed by a trained practitioner.”

Alleviating, if not conquering, this life-disrupting pain is a big deal, especially in the United States where the American Migraine Foundation reports that 12 percent of adults report suffering from migraines. Often unpredictable, they change the course of lives, taking people away from their daily activities and responsibilities with little warning. You can plan something for weeks and months, only to have it all come crashing down on the appointed day due to a debilitating headache or migraine.

Although considered an alternative treatment by mainstream medicine, it has earned high grades for effectiveness and, perhaps just as important, the potential side effects are low. Respected neurologists like Dr. Richard Kim of the Clinical Neuroscience Institute believe that acupuncture should be taken seriously in treating headaches and migraines, particularly the latter.

Chinese researchers in a study reported in the Journal of the American Medical Association conclude that proper utilization of acupuncture, used in combination with electrical stimulation, “may reduce the number of migraine attacks in people who get the most common or episodic form of the painful headaches.”

Acupuncture is part of the culture in China, and, unlike the United States, it is the subject of extensive scientific research. Even the treatment itself is a relaxing stress-reliever that negates the probability of triggering a migraine.

Call us today at (201) 651-9100 at Oakland Spine & Physical Therapy to learn how acupuncture might remove pain from your life. 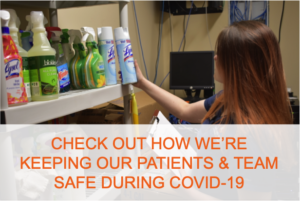