One Stop for Chiropractic & PT Care

Physical therapists often separate themselves from chiropractors on their websites and in their advertising with an “us-versus-them” approach. The truth is they have much in common and both are being provided under one roof by an increasing number of specialists.

Obviously, there are differences in the two disciplines, but the chief difference is that typically most of PT involves treating patients after an injury or surgery while chiropractic care is more preventive in its goals. This is not an either-or distinction, because there are times when the physical therapist offers preventive treatment and when your chiropractor does invoke a healing touch after injury or surgery.

Physical therapy generally associates itself with mainstream medicine and many hospitals have their own PT units or prescribe sessions with physical therapists before and after surgery. Hospital-affiliated physical therapists are not likely to ask you to avoid surgery or explore options to avert it, because they are part of the surgical agenda. Chiropractors, although they respect our doctors and hospitals as the best in the world when health issues reach a crisis stage, are dedicated to offering treatment that circumvents surgery and prescription medicine. 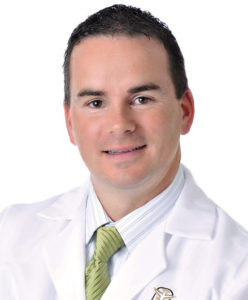 Some physical therapists widen the separation with chiropractors by dismissing them as providers of “alternative health care,” even though their goals are remarkably similar.  Their common healing ground is the injured or afflicted musculoskeletal structure. No need to be oppositional. We believe that both can be used in an integrated system and benefit a wider range of patients. By combining the two— not necessarily in the treatment sessions themselves — we can provide a program that works best for you in what you might call a one-stop shop.

Dr. Brad Butler, who provides such an integrated system at Oakland Spine & Physical Therapy, describes how he was first introduced to chiropractic care as a youngster:

In the eighth grade, I had an injury and my mother brought me for chiropractic treatment and the results were miraculous. I thought it was the coolest thing and made up my mind right then and there. And you know what? I have been doing this for (more than) eighteen years, and there is nothing I’d rather do than help people heal and get better naturally.

Instead of taking an adversarial approach to physical therapy, he has developed an integrated practice where patients benefit by using the best of each.