Is Technology Causing Your Early Back Pain?

Posture, Technology Lead to Back Pain among Young

You turn around, expecting to see a middle aged or elderly man grabbing his back and grimacing in pain. Instead it’s a young fellow about college age who otherwise looks fit and trim. Back pain among young adults may not yet be an epidemic, but it is more prevalent than you might think,

“More than eighty percent of Americans will suffer from back pain in their lifetime,” reports Dr. Brad Butler, Chief of Staff at the Oakland Spine & Rehabilitation Centers in Oakland and Wayne, NJ, “but what we are observing is that they are beginning at younger ages.”

lower back pain (LBP) has even been reported as more common than you might expect in adolescents. There has even been concern over this phenomenon in pediatric medicine, linking rising cases to prolonged sitting with electronic devices and earlier involvement in organized contact sports.

Maybe grandma was right when she preached on the importance of good posture? 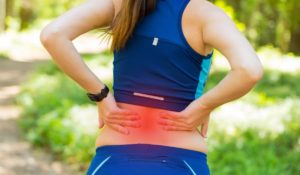 It’s an interesting phenomenon in chiropractic medicine, according to Dr. Butler, who says the worsening mobility of younger people will continue unless there are fundamental lifestyle changes.

This seems to confirm what has been a highly publicized issue in Great Britain where studies reveal what appears to be a dramatic increase in the percentage of their citizens ages 18 to 24 dealing with back pain, particularly lower back pain. A recent survey of some 3,000 young adults by United Kingdom health provider, Simplyhealth, concluded that 84 percent of that age group reported back pain, both temporary and chronic, in the preceding year.

People are becoming increasingly knowledgeable about the latest developments in rehabilitation and therapy, attributable in large part to the internet, making them more aware of the risks of drugs, surgery and assorted treatments. Learning more about back pain from reputable sources and gaining access to alternative solutions is a positive. However, some of the tools of the technology that may provide such knowledge and insight— devices that require hours of constant sitting— are part of the problem.

“People of all ages are fighting a constant battle with bad posture and its long-term consequences,” says Dr. Butler.

Slouching, slumping and too much sitting compress the lower back, and that is a typical posture observed in people of all ages with their electronic devices.

Maintaining an erect posture, whether standing or sitting, may seem like an old-fashioned caution to some, but providers of both traditional and alternative health care seem to agree with Dr. Butler that correct posture may prevent and alleviate back pain.