Life and its ongoing stresses can be a real headache at times, and most headaches are attacked medically through pharmaceuticals. Millions of Americans can say their lives are affected by headaches—more than half of the population is a typical estimate. Of that number, the least common type are those which may rival migraines in intensity and disruptiveness.

About 37 million Americans get migraines alone, and some are likely cervicogenic headaches in origin.

It is also the one type of headache where sufferers are turning to chiropractic care in greater numbers. The cervicogenic headache may not be as rare as the statistics indicate, because it is regarded as perhaps the most under-diagnosed or wrongly diagnosed type of headache. 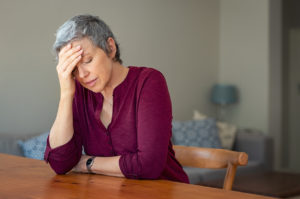 It is described as a neck disorder which may result in “tensioning of the spinal cord,” but the key is apparently not a pill but finding the neck issue that could be something as simple as a lesion or nerve impairment. It may even be activated by an injury. With the neck and spine complicit, it doesn’t take a great leap in logic to surmise that relief could be in the hands of your chiropractor. Recent research confirms that chiropractic care brings “substantial benefit” to people plagued by chronic cervicogenic headaches.

Twenty-four people diagnosed with cervicogenic headaches were divided into three groups in one study separated by frequency of weekly chiropractic treatments, according to the Journal of Manipulative and Physiological Therapeutics. All reported some pain relief, but the two groups with the most visits — three and four visits a week over the span of three weeks—  not only received “substantial benefit in pain relief” but the benefits continued to last when they were examined three months after the end of the study.

This and other reports of promising results from patients finding long-sought relief are prompting even more research and studies, so stay tuned for even more promising news about the advantages of chiropractic care in treating this unconventional headache. Spinal manipulation has been used to ease the pain of this headache for some time. Now its effectiveness is no longer a secret to mainstream medicine.

The pain of a typical cervicogenic headache has been described as one-sided, moving from the back of the neck toward the front, with accompanying pain often reported to a shoulder, even an arm, on the affected side.

Spinal manipulation, as noted previously, may be provided in a controlled force on the upper part of the spine or cervical/neck area by hands or a device.

Also deemed effective is the use of exercises triggering prolonged and repetitive contractions of muscles in the neck known as overseen by a professional physical therapist or chiropractor.

There are all kinds of headaches, including cluster, tension, cluster, sinus, rebound and, of course, the most debilitating of them all, migraines.

If you suspect a cervicogenic headache is the cause of your chronic pain, the key to successful treatment is, first of all, getting the right diagnosis. Although regarded as mysterious because its source can be elusive, it may also be discovered by something as simple as an x-ray. The next step is to move ahead with the treatment plan that works for you.