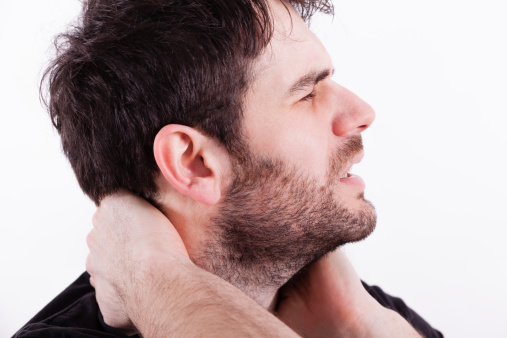 “Boy, my neck is killing me! Honey, where is the ibuprofen?” Isn’t this the FIRST thing people think of when they have an ache or pain? The general public does NOT usually think, “…boy, do I need to see my chiropractor – my neck is killing me!” So, the question of the month is, which one is better, chiropractic or over-the-counter (OTC) medication? Let’s take a look.

Though this question has been discussed for years (just search: “chiropractic vs. NSAIDs”), a recent study looked specifically at this question, which will be the main focus of this Health Update. The study points out that it has been estimated that 75% of Americans will experience neck pain at some point in their life. For years, spinal manipulation has been criticized as being ineffective or providing limited benefits. Meanwhile, ads on TV, in magazines, and almost everywhere you look, show someone reaching for aspirin, ibuprofen, or even narcotics to manage their pain.

However, this new research clearly supports that seeing a chiropractor and/or engaging in light exercise can bring neck pain relief more effectively than relying on pain medications! Researchers even found that the benefits of chiropractic adjustments were still favored A YEAR LATER when comparing the differences between the spinal manipulation and medication treated groups! Moderate acute neck pain is one of the most frequent complaints prompting appointments at primary care/medical clinics and is estimated to account for millions of doctor visits per year. In some cases, pain and stiffness occurs without a known cause and there is no “standard” medical treatment. Though physical therapy, pain medication, and chiropractic have all been utilized for neck pain, until now no one had compared the benefits of each in a single study.

The study consisted of 272 neck pain subjects split up into three groups: 1) Chiropractic group (approximately 20-minute treatments an average of 15 times); 2) Pain medication group (meds included acetaminophen, and in some cases stronger prescription meds including narcotics and muscle relaxants); 3) Physical Therapy group (consisting of meeting twice and receiving advice and exercise instruction at 5-10 repetitions up to eight times a day).

At the end of three months, the chiropractic and exercise group did significantly better than those who took drugs. Approximately 57% of those receiving chiropractic management and 48% of those who did the exercises reported at least 75% reduction in pain vs. 33% of people in the medication group. A year after the treatment period ended, the numbers decreased to 53% in the chiropractic and exercise groups, compared to 38% in pain medication group. The chiropractic group received the highest scores in patient satisfaction at all time points. An interesting downside noted in the medication study group was that the subjects had to use a progressively greater amount of medication at a progressively increased frequency to manage their pain. Stomach trouble is the most common side effect of NSAIDs (leading to ulcers) as well as liver and kidney problems. Another interesting finding was that the subjects in the medication treated group felt less empowered, less active, and less in control over their own condition compared with those in the other two groups.

This study points out the benefits of two treatment approaches that chiropractors commonly utilize: spinal manipulation and exercise training/advice!

We realize you have a choice in whom you consider for your health care provision and we sincerely appreciate your trust in choosing our service for those needs. If you, a friend, or family member requires care for neck pain, we would be honored to render our services.