It is difficult to diagnose and there is no acknowledged cure in medicine. It is known as chronic fatigue syndrome, and for some sufferers getting out of bed is a triumph. It doesn’t seem like something that would involve chiropractic care, but, believe it or not, there are documented cases where patients proclaim they are energized after chiropractic adjustments.

As its name suggests, chronic fatigue syndrome (CFS) means that you always feel tired. You might call it dead tired, because there is no drug or surgery that is known to be a remedy. Others dismiss it as laziness or lethargy and that often leaves the person who has it feeling guilty or somehow at fault. Then, even after it is diagnosed, the solution is often up to the patient, with appropriate counsel of the health care provider, to “manage” your activities. There are apparently random periods when the patient feels better. Naturally, the patient wants to take advantage of them and live like an active “normal” person, even if briefly. There is even a temptation to overdo it and “get stuff done” while you have the energy to do it. 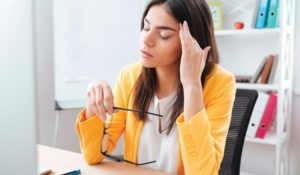 This is known as “push and crash,” because the former usually leads to the latter among those diagnosed with CFS. And the crash might make it worse than it has ever been before.

To understand how chiropractic care might help people with CFS (also known as myalgic encephalomyelitis) you might take a closer look at the so-called “contributing factors” that mainstream medicine recognizes as opening the door for full-blown CFS. They include chronic headaches, arthritis pain, restless leg syndrome, allergies and stress. These often combine to rob you of the healing properties of sleep. Of course, pain issues are often resolved or assuaged by chiropractic care, so it is logical that relieving any of the aforementioned without medication and its side effects could make a difference.

We all have those days of fatigue and listlessness, but we can somehow jump start ourselves to get important things done or to make sure we are there for the people we love. Sufferers of CFS may even be able to temporarily push beyond the constraints of CFS for something important in their lives, but the crash might be extremely devastating.

There is only one natural treatment for CFS and that is in the healing hands of a chiropractor. Is it a cure? A recent report in Chiropractic Now put it this was: